We’d been invited to the Basketball Game as guests of Zapatista this Friday. For the past 39 years I really thought I didn’t like sports, but after watching 4 games with Newcastle Eagles, I think I’ve been converted. With tip off at 7:30pm we had a tight schedule with sorting out a meal. So, we decided to grab a cheeky Zapatista’s.

Zapatista have two venues in Newcastle now, but we’ve never managed to get over to the Grainger street one yet. Grainger street offers a larger menu with special after 5pm meals and a large cocktail selection.

Ridley place has a focused menu of Burritos, Fajitas, Nachos, Tacos, quesadillas and chilli with rice. Last time we were here I had the Christmas Burrito. Today, both Cat and I went for the Shredded Beef Fajita. The main difference between a burrito and a fajita is grilled peppers and onions or beans. A good dollop of spicy salsa, cheese and sour cream and we were wrapped ready to go. 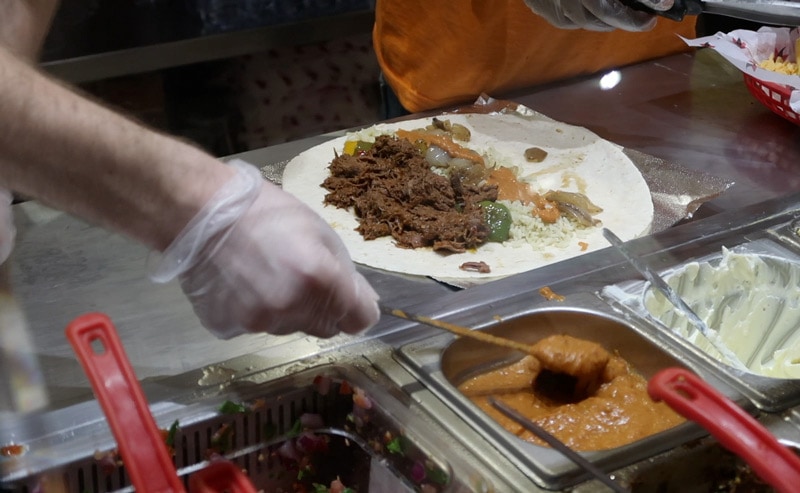 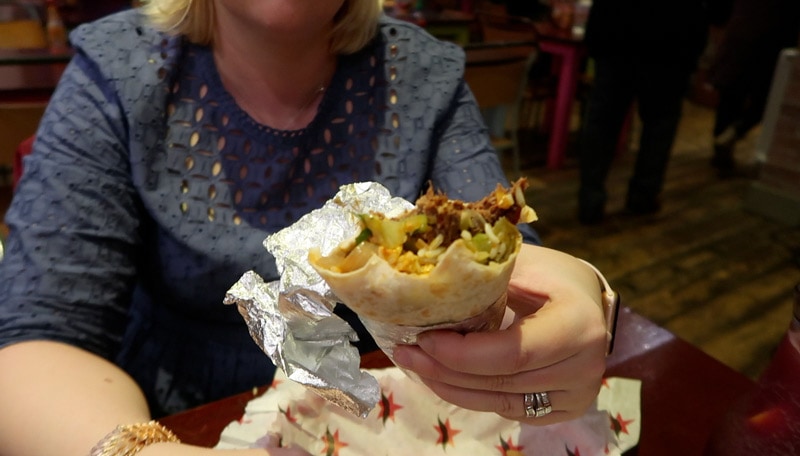 Usually one of us is driving, but tonight we took the bus. Which meant both of us could try out the Mexican Sangria. Refreshingly fruity with a tequila hit. A jug of Sangria is £15, but you get 4 glasses out of it. Unlike some of the Spanish sangria I’ve had before this seemed less harsh on the red wine. In other words it was easily drinkable and we could have had a second jug, if it wasn’t getting near time for the Basketball. 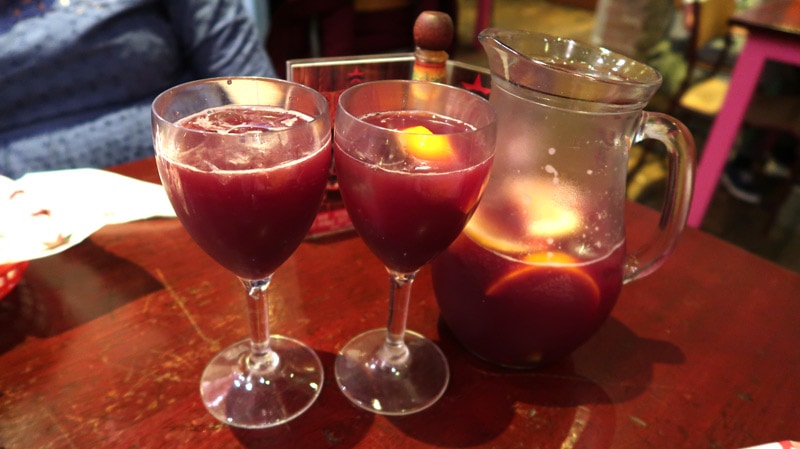 The kids meal is an absolute bargain. I’d totally forgotten about this little gem, but for £2.90 this is possibly the cheapest kids meal in Newcastle. The meal consists of 2 folded warm tortillas, cheese, rice, nachos and a filling of their choice. Kids also get a choice of a carton of either apple or orange juice. I’m sure there are places where a kids drink would cost the same as this full meal! 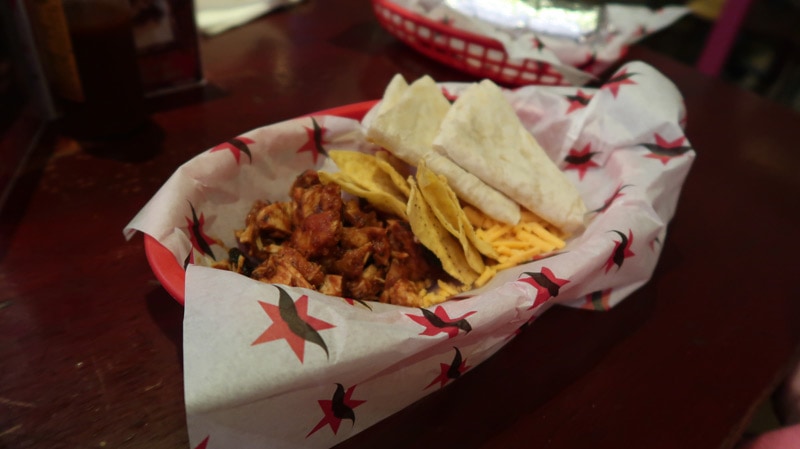 We polished off our meals and headed straight over to Sports Central at Northumbria University to catch the Newcastle Eagles vs London Lions.

Our timing with cutting it fine. Usually we’re here long for the team talk. Today we were minutes before Fab Flournoy reflected on the past matches and the imposing battle ahead. London Lions and Newcastle Eagles are very evenly weighted in terms of their game. At this early part of the season, they were joint first place in the BBL table. 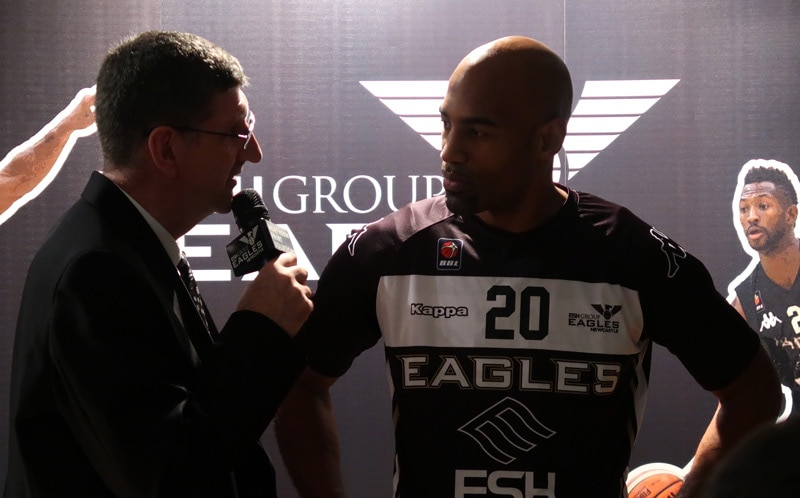 We’ve said this before and we’ll say it again. This is a great night out as there is so much going on for the kids. Its fast paced and broken in to lots of sections.

We quickly grabbed a photo with the Newcastle Eaglettes. Throughout the game the cheerleading squad keeps the crowd entertained with their routines. With the amount of leaping around Imogen does I’m sure she’d love to be part of their squad. 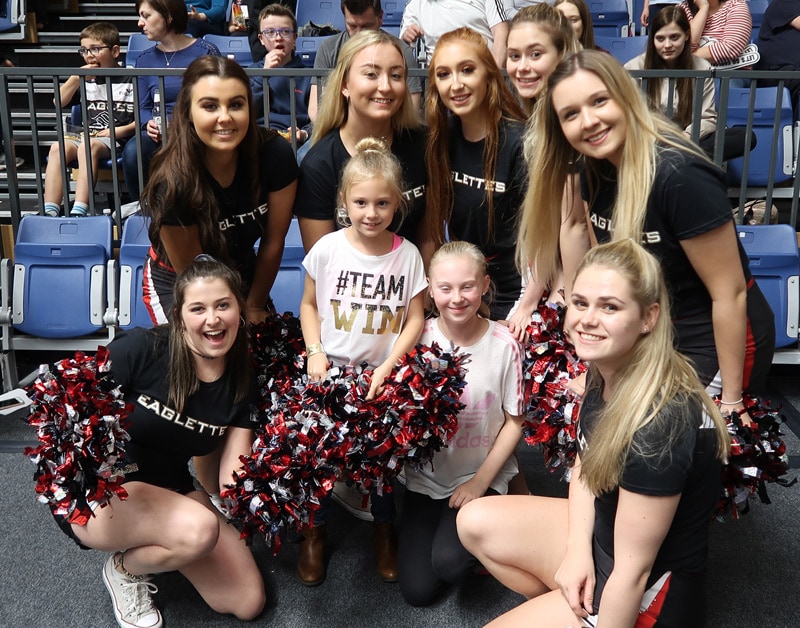 At the end of the night Newcastle Eagles were victorious over London Lions. We continued our lucky winning streak and we really hope they win the BBL Trophy again this year.

We also vlogged our night at Zapatista and the Basket Ball below. Let us know what you think and if you like it we’d love it if you subscribed to our channel and let us know. 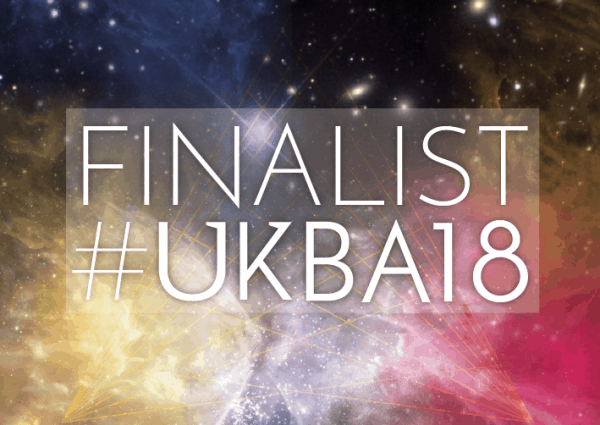